California indie/blues/folk girl Glaspy has somehow convinced us that math plays into emotions on her title track of her self-produced album, Emotions And Math which shares the same title. It gives us several different ways to perceive love. We can look at it from someone who seems to obsess over someone. That addictive feeling we get, “counting all the days till you’re back, shivering in an ice cold bath, of emotions and math.” It also gives off an outlook that love can easily be brushed off and set aside.

The album takes its strength from just as much reverence for the constant turning of relationships, the disappointment, the addiction, the despondent chill of her voice, which seems to be asking us if there is anything more or is this how it is. Her voice carries unwavering, and for the most part, calm throughout the album. Glaspy isn’t giving us any new retrospective or insight into songs, although it does take on a familiar journey.

Glaspy seems to sing all the songs on the album with a matter-of-fact attitude. Her voice and her blunt way of singing seem to invoke a young, more subdued Janis Joplin, or if we bring it to the forefront, a more bluesy version of deadpan recent grammy nominated singer Courtney Barnett. With a punch you with a fistful of charged lyrics in the face and turns around and walk away without even a glance back to see if you are okay. She maintains this attitude on “Situation” but you don’t know my situation we’ve had at most one conversation you haven’t got a clue so don’t tell me what to do.

If this makes it sound like a low key, depressive, I’m-gonna-drink-a-bottle-of-whiskey-album, it’s not. In her songs, Glaspy seems to know her lyrics well. Written from real life experience, they are quick, witty, dry and overall humorous. She writes from an intelligent point of view. “You and I” is the most upbeat song on the album and tells the story of a relationship that has gone way past its expiration date. In “You And I Have Been a Mistake, I Let It Linger For Too Long” she sings without regret. It’s a confession we have all wanted to say at one point, and in the two and half minutes of the song she tells it exactly like it is.

Emotions And Math does falter in its construction and often deviates from what the original message could be. It seems it’s about a woman taking back control of her life after an addictive, under-appreciated existence, but the clarity sometimes gets muddled. Her songs, while full of heart, seem to take on a life of their own on a draw outside the lines perspective. The songs don’t have any one clear defining moment  and waiver back and forth between messages. Although, it seems this is the very way it was intended to be, to take the listener on a thinking man’s ride.

Overall, Emotions And Math is a beautifully, albeit hazardous, album. Glaspy herself, at only 26, has put out a great outlook into what it takes to navigate relationships, whether it be through heartbreak, desire, even having a child and giving the best advice she can in her moment of resigned destination on the track “Parental Guidance” with the lyrics, “make friends with kiddies you can’t relate to and try play it cool in the schoolyard, so that nobody hates you.” The way she plays her guitar throughout the songs makes us fall into an abyss with appreciation for this young talent. Margaret Glaspy has a great future ahead of her. The album gives us a sense of a young person full of neuroticism and doubt, confined to falling in and out of love with the wrong people, but also shows promise of strength and courage and the brevity of it all, as it is the soul of wit, as Hamlet famously said. Glaspy shows us her with her debut of determination to find her rightful place. As time goes on, I think she will do just that. 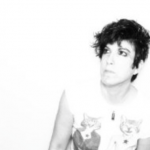 Allison got her big break in the music industry by writing for MTV/Vh1 where she interviewed everyone from Prince, to Elton John, Lenny Kravitz, Blink 182 and many more. From there she started Hyperactive Music Magazine that went national. Shaw then produced several big festivals and went to work for Rachael Ray’s Entertainment company. Shaw started Manic Monkee MGMT which manages bands and does brand strategy for all kinds of brands in music/tech/consumer products and aligns brands with events. The company also produces events. Shaw is also on the Board Of Directors for non-profit music charity Sweet Relief. Follow her on Twitter at @manicmonkee.

Need a healthy weeknight meal? Try this Paleo-friendly take on a classic dish.