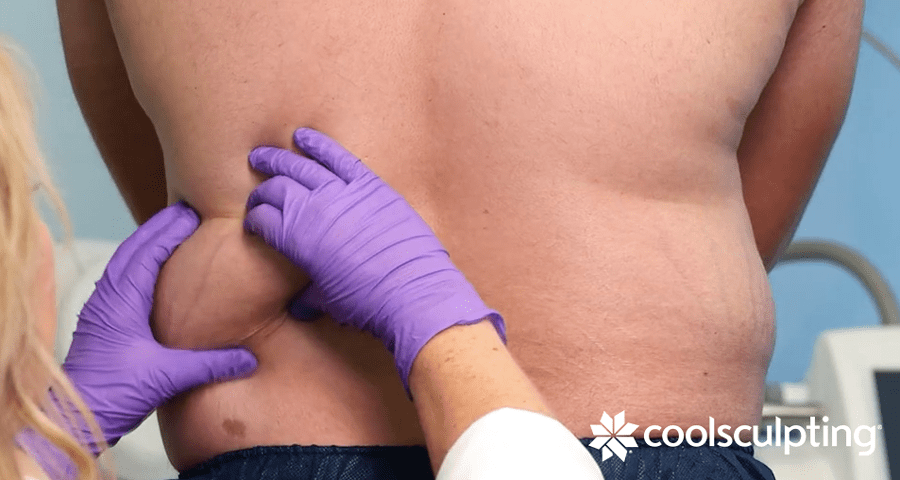 Though first cleared by the Food and Drug Administration (FDA) in 2010, some people still ask themselves, “is CoolSculpting safe?” While the simple answer is, “yes,” there’s a lot of scientific research to explain exactly what makes the CoolSculpting® treatment safe.

CoolSculpting, the number one non-invasive fat-reduction treatment*, is FDA-cleared to freeze the fat for eight different treatment areas. The non-surgical treatment was first FDA-cleared in 2010 for those pesky love handles, also known as flanks or a muffin top.

Not long after, in 2012, the treatment was cleared for a very popular area people want treated: the abdomen (also known as belly fat, pot belly, or post-baby bulge).

Fast forward to 2014, when CoolSculpting was cleared to treat thighs; allowing CoolSculpting practitioners to treat the inner thighs and outer thighs…hello thigh gap and good-bye saddlebags!

In 2015—the dawn of the selfie era—CoolSculpting welcomed FDA-clearance for fat underneath the chin (also known as submental fat or the double-chin).

What does Non-Invasive mean?

Non-invasive—unlike invasive surgical procedures such as liposuction—means that there are no needles and no surgery, and for CoolSculpting, it also means that there is little to no downtime.

CoolSculpting uses a technology called Cryolipolysis®, discovered by a group of Harvard scientists. These scientists determined that our fat cells are hypersensitive to cold…much more so than skin, nerves, or muscle.

Their research revealed that when using very specific cold temperatures in a controlled setting, freezing fat would induce cell death, and then the body would naturally clear the dead fat cells.

How the CoolSculpting treatment works:

So, is CoolSculpting safe?

We like to let the numbers speak for themselves. More than 6 million CoolSculpting treatments have been performed worldwide. With the millions of treatments completed, clearance by the FDA, and advanced technology that has been analyzed in controlled clinical studies and described in more than 100 clinical publications on the FDA-cleared fat reduction treatment, CoolSculpting is a safe and reliable way to get rid of that unwanted fat.

Should I get CoolSculpting?

CoolSculpting is an effective non-surgical procedure for reducing fat. With the advanced technology available today, there’s no reason to be unhappy with those bothersome areas of stubborn fat.

A non-invasive treatment like CoolSculpting could be your solution to help finally get rid of that muffin top or double chin or those love handles, saddlebags, bat wings, back fat, bra fat, or banana rolls.

For more information, visit the practice in the sidebar to the right. >>

We knew it, coffee is magic.